Having qualified in 1978 as a Lawyer of the Supreme Court, Sir Rupert built an illustrious career in law, which quickly expanded into management and boardroom positions thanks to his expertise in commercial law. Over the years, he has helped high profile individuals as well as many companies with contracts, mergers and acquisitions, asset management, due diligence, regulatory compliance, auditing and dispute resolution amongst many other difficult operations, all of which present a myriad of complications before they can be brought to a satisfactory conclusion.

Given the amount of work that Line of Inquiry undertakes from corporate clients, family offices and law firms, Sir Rupert Dewey is the ideal professional for the position of Non-Executive Chairman. Under his guidance, we are seeing a growing number of companies worldwide, particularly those serving High-net-worth Individuals, coming to us for their investigation needs related to the previously mentioned fields.

Sir Rupert has also helped several charities to multiply their funding, protect their viability and develop a strategy for long-term growth. 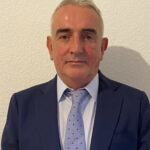 Having completed his training as a private investigator in 1994, Burrows became a full member of the Institute of Professional investigators in 1997.

Burrows is a tenacious, accomplished private investigator chosen by private clients, lawyers, celebrities, high-net-worth individuals and captains of industry.  Providing first class investigative services in the U.K. and at a global level. With 30 years of experience, Burrows has proved to be second to none at navigating the most intricate cases with the utmost diligence, dedication and what is most important in this business, total confidentiality.

Career highlights that show Burrows versatility and professional skills (and that he can speak of) include:

Gavin is an active fund raiser and supporter of Centrepoint.org.uk Youth homelessness charities in the U.K 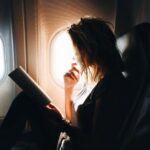 (Anne-Marie Harris is bound by the Civil Service procedural rules for life and the Secret Service Act due to which she is legally bound not to post facial IDs due to CTC & Home Office clearance.)

She started her professional career in the Civil Service, where she stayed for 15 years, working in the Department of Constitutional Affairs and in the Ministry of Justice. Over this time, Harris gained a plethora of experience – from data analysis to complex Risk Management and Mitigation, Research & Investigation and leading and managing teams.

Her experience with lawyers, barristers and judges makes her a key member of the team, as she is second to none at liaising with the Judiciary and HMCS. Her key strengths include research and analysis, investigating anomalies and irregularities quickly and accurately in order to develop solutions and problem solving. 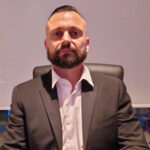 Antony joined the line of inquiry board in December 2022, after having a distinguished Military and Police career. Antony was awarded a Member of the British Empire by Her Majesty Queen Elizabeth II in 2012.

Awarded, MBE – Member of the Most Excellent Order of the British Empire at Buckingham Palace by, late ‘Her Majesty Queen Elizabeth II’. New Year’s Honours List 2012

Fluent in English, German, and basic understanding of Spanish 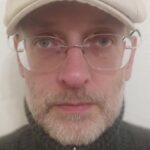 Bartomeu is a senior member of our team and a board member. Bartomeu is a solutions man in regards to all matters investigative related, both traditional trade craft, cyber related problem solving and white-hat hacking with over 23 years experience. Bartomeu separates his time between Madrid, London and New York. 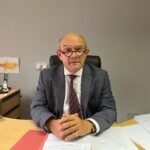 John entered the world of financial services in 1972, as Sales Director of Pensions for an insurance company. In 1982, he became Sales Director for Redcliffe Associates Ltd in Bristol, where he stayed until he established himself as an Independent Financial Advisor and started his own business, Bees & Co Financial Services, dealing mostly with non-UK banks such as Julius Baer, Lombard Odier, Berenberg and others serving high-net-worth individuals and companies. As an expert on corporate finance, he has helped many clients to sell their businesses in the best and most cost-effective way. His largest transaction so far has been £160 Million with many reaching the region of £90 million. Understandably, he had to come up to speed rapidly with forensic accounting, and financial investigations, which led him to meet Gavin Burrows. 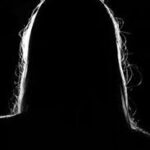 Due to the sensitivity of her work with the CIA and Kroll, we can’t reveal any other information about Maggie. Suffice to say though that she is experienced in and has a highly developed skill set in tools and internet methodologies. Heading our cyber group in unearthing information from all sources of interest. Whether by trawling & harvesting data from the most inaccessible areas of the internet. Black web/Dark web and Ransomware FULL data recovery. She has contributed to the positive resolution of more than 1300 cases. 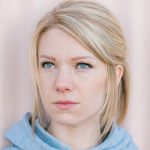 Executive Manager, who has worked with Burrows as an investigator and case manager since 1994.
Highly experienced in all forms of investigative & intelligence case management.

Executive Consultant, and experienced investigator and Intelligence Operative who started her career in 2005. As a civil service operative, Sparks brings national and international intelligence experience to the team. 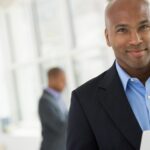 An Oxford graduate who focused on international business development and investment banking in the earlier part of his career. After 3 yrs government service Mark made the decision to move to the private sector in 2020 joining LOI Global as an expert on Business Mode Analysis, Realistic Set-Up, restructuring, compliance, start-ups, operation monitoring and exit strategies, Investigative Due Diligence and Forensic Accounting. Unpicking the most complex of financial strategies, instruments, SPVs, trusts and hidden assets worldwide. 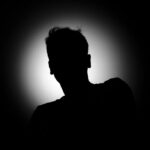 A former member of the Territorial SAS, Morgan has had a remarkable career spanning 25 years working undercover in the U.K. and abroad for the Metropolitan Police. An investigation specialist in covert surveillance, management of teams and undercover work placements. 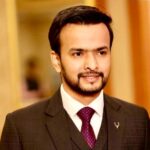 Initially trained in programming and systems, before training with Google in PPC and sponsored advertising, Vihaan returned to New Delhi, India in 2013, after already working in white-hat hacking in the USA. Realising Vihaan’s key area of expertise is identifying fake sites, fraudulent sites, advertising and how to trace, identify and shut down operations globally. No longer a freelancer, Vihaan works solely for LOI, and our clients in need of fast solutions to the aforementioned investigative Internet challenges.

Bartomeu is a senior member of our team and a board member. Bartomeu is a solutions man in regarding all matters investigative related, both traditional trade craft, cyber related problem solving and white-hat hacking with over 23 years experience. Bartomeu separates his time between Madrid, London and New York. 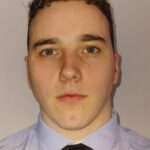 He works well on his own or as part of a team and is very adept at managing a varied caseload.

Duncan also has an excellent grasp of human psychology and behaviour.

We are open 24x7, 7 days a week, including public holidays.

We use cookies on our website to give you the most relevant experience by remembering your preferences and repeat visits. By clicking “Accept”, you consent to the use of ALL the cookies.
Do not sell my personal information.
Manage Cookie SettingsAccept
Manage consent

This website uses cookies to improve your experience while you navigate through the website. Out of these, the cookies that are categorized as necessary are stored on your browser as they are essential for the working of basic functionalities of the website. We also use third-party cookies that help us analyze and understand how you use this website. These cookies will be stored in your browser only with your consent. You also have the option to opt-out of these cookies. But opting out of some of these cookies may affect your browsing experience.
Necessary Always Enabled
Necessary cookies are absolutely essential for the website to function properly. This category only includes cookies that ensures basic functionalities and security features of the website. These cookies do not store any personal information.
Non-necessary
Any cookies that may not be particularly necessary for the website to function and is used specifically to collect user personal data via analytics, ads, other embedded contents are termed as non-necessary cookies. It is mandatory to procure user consent prior to running these cookies on your website.
SAVE & ACCEPT
Translate »