Gavin Burrows is firmly established as one of the United Kingdom’s and indeed, the world’s leading Private Investigator,  Investigation Consultant, and all-round problem fixer.

Gavin has led and leads an extremely successful group of companies. As well as some amazing successes, there have been rare instances of some extremely low points. This includes recently being jailed for two days in Portugal for assault after learning that a group of conmen had been posing as Gavin Burrows including two other world-class private investigators, who were tricking clients into thinking that they were paying Gavin Burrows. Gavin Burrows was released without charge and the bank made a public apology. The fraudsters fled Portugal to Brazil where they were given prison sentences for an elaborate bank fraud scam.

There have been many world-class successes, including when Gavin Burrows worked for the British Royal Family where, with the cooperation of the Sunday Times and St James Palace, he publicly exposed and stopped the attempted theft of HRH Prince Harry’s DNA.

Gavin Burrows International has always worked for members of the public and people from all walks of life. Companies such as Line of Inquiry, deliberately keep fees ‘non excessive’, affordable and realistic. This is in stark contrast to ‘con-artist’, unrealistic amounts that are often charged by cowboy investigation out-fits, particularly within the United Kingdom.

Line of Inquiry is open to everyone who requires investigative assistance – whether you are a private client or corporation, are of wealth or have limited funds. You could say that Line of Inquiry is an ‘equal to all’ provider. Line of Inquiry does not discriminate and strongly believes in equality.

Gavin Burrows has had a career spanning 27 years in the Private Investigation industry and Gavin and his associates believe that there are very few cases that they have not dealt with at some point during their careers.

As an example, of Gavin’s most newsworthy events, was his attempted murder in London in July 2018 in relation to an investigation in to a high profile sex-trafficking ring. In addition, he is assisted 73 A List celebrities between 2020 and 2021,  in a multiple law-suit against the Murdoch Media Group, where in each case there have been successful settlements.

We have an impressive network of Cyber Investigators (Government Level trained), former Police specialist unit surveillance experts and many other skilled experts. We have excellent, well-placed contacts throughout the world.

Line of Inquiry – Gavin Burrows International Head Office is 5 Chancery Lane, London WC2A 1LG, conveniently located in the heart of the Legal District and has further offices in Losone, Switzerland, Luxembourg, Germany and Dubai in the United Arab Emirates.

Line of Inquiry – Gavin Burrows International and Rhode’s Associate’s, has a plethora of well-placed contacts, not only in the United Kingdom but also in the aforementioned countries. Please note that Rhode’s Associates is an investigation (Interagency) firm and does not accept open instructions.

We have professional licenced representatives around the world who you can meet in person, with whom you can discuss your confidential matters in private. Whatever you want to know is your business. Our business is to get you the information that you require discreetly, undetectably and in strict confidence, on your behalf. We only believe in the facts, not fiction, and results, not promises.

. Scroll Down to Read More 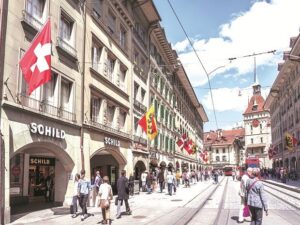